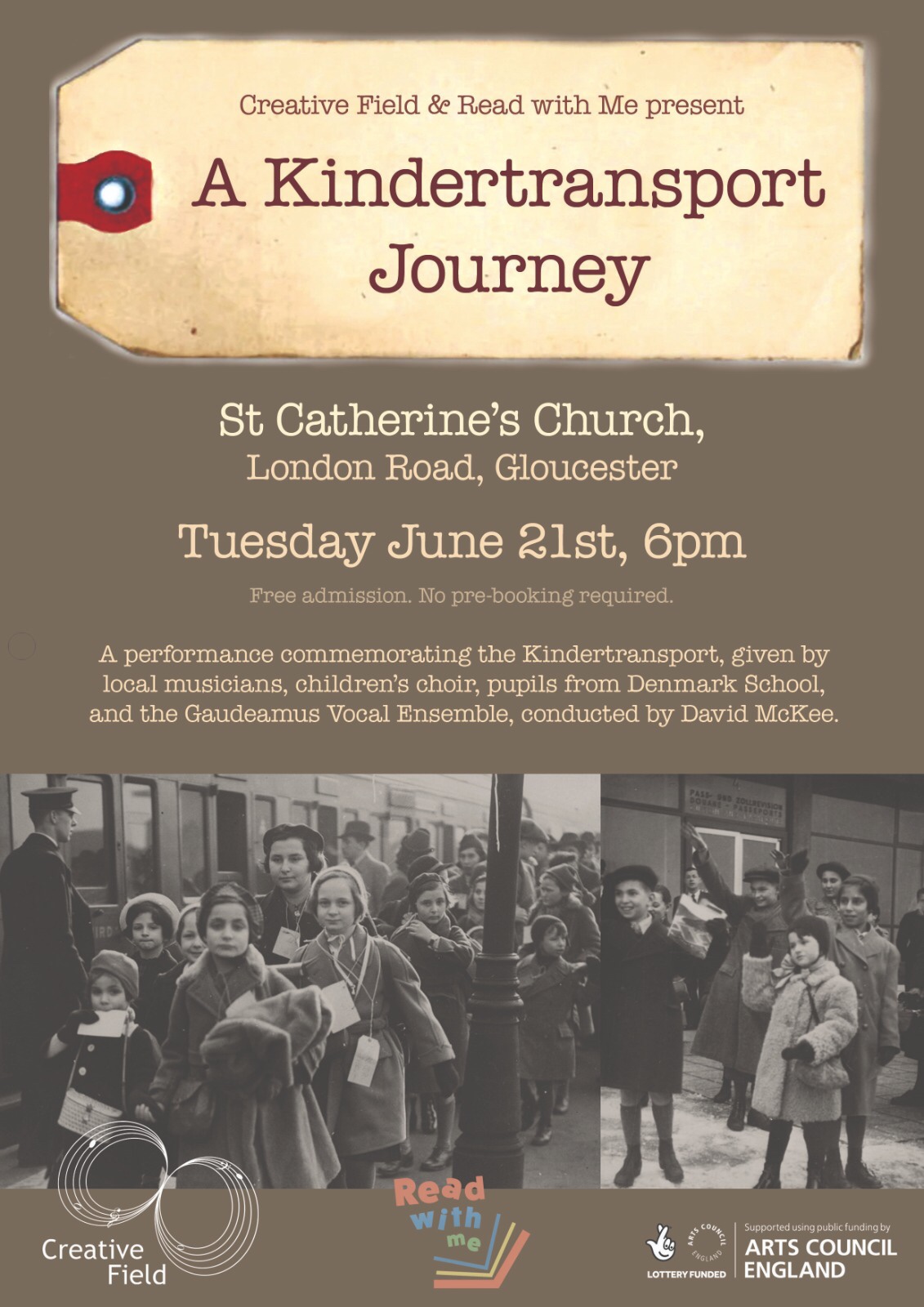 We are delighted to be performing once more A Kindertransport Journey by Stephen Gowland, with libretto by Euan Tait.

The piece tells the story of the children who came to Gloucester to escape Nazi Europe.

It draws heavily on family history relayed by Michael Zorek, whose father Werner was one of the Kindertransport survivors in Gloucester.

A plaque is being unveiled on the house where the children lived, in Alexandra Road, on Monday 20th June, and Michael and his sister Jennifer will be in attendance.

We hope very much that they can also be at the concert on Tuesday 21st.

The concert will take place in St Catherine’s Church London Road, not far from the house, at 6pm on Tuesday June 21st.

Creative Field and Read with Me
View Organiser Website